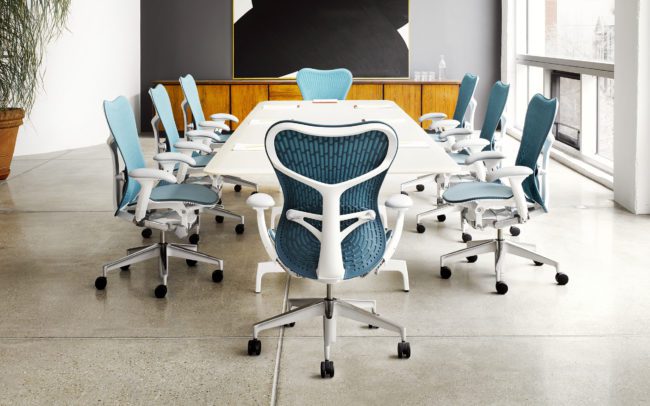 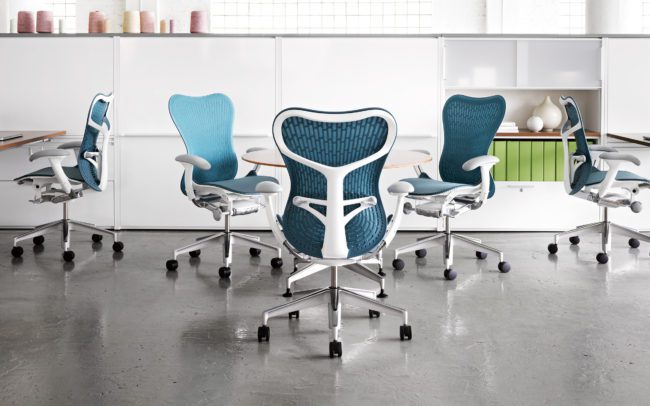 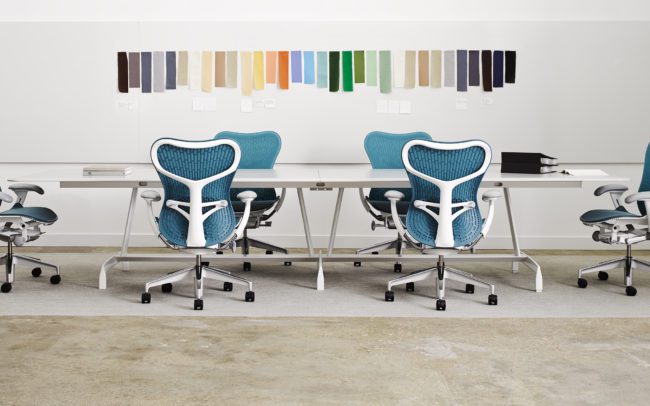 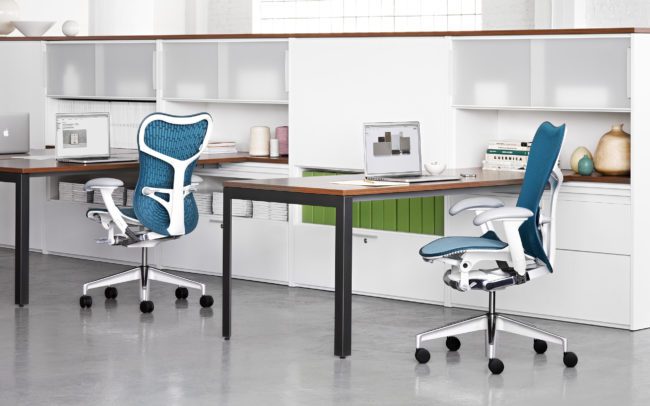 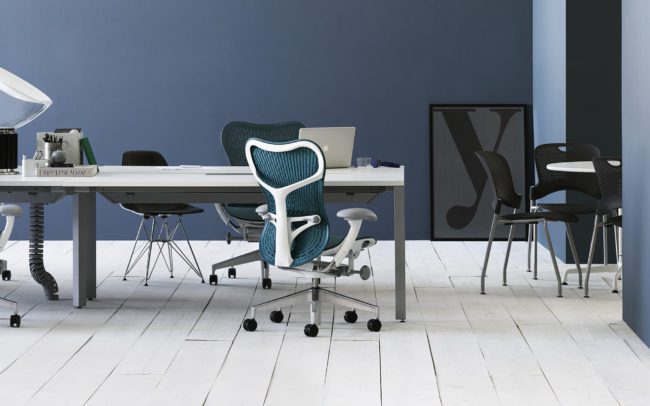 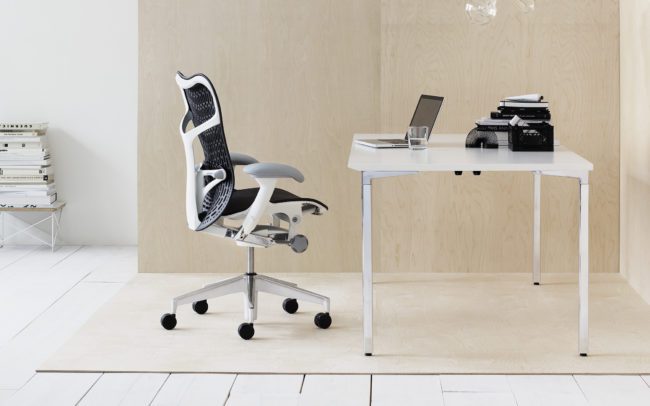 Herman Miller Mirra 2 work chairs and stools are both available in two back options, either the flexible TriFlex back or the ultra-responsive Butterfly back. Stools extend the Mirra 2 design into any setting, where seated and standing collaborators benefit from being at a common eye level.

Ten years after the Mirra chair was introduced – during which over 1.5 million chairs had been sold – the designers at Studio 7.5 believed it was time to evaluate and, if necessary, rethink their original design. For one thing, they noted, work is evolving. People move, and the more they’re in motion, the more they need support that moves with them.

Precisely because of the new agile way people work today, the designers found the idea of a highly individualised personal chair was still valid. While Studio 7.5 retained the athletic attitude and intuitive adjustments of the original, they advanced the material and form of this idea in virtually every aspect of Mirra 2.

Using full-scale models, the designers at Studio 7.5 test the validity of a design and its component parts. For Herman Miller Mirra 2, every piece received this tactile, real-world treatment until the most elegant solutions emerged.

Building on its legacy as the first office chair developed from the ground up with environmental responsibility in mind, Mirra 2 moves responsible design forward by advancing the use and reuse of materials. In redesigning Mirra, as in all their work, the mantra at Studio 7.5 was “every molecule counts”. By this they mean a close examination of every element is essential in order to use the least material possible while also advancing performance.